Skip to content
During my extracurricular adventures of the past couple of weeks, I visited San Francisco for the first time. Lots of my stops were of a typically touristy nature: Alcatraz, Fisherman's Wharf, Lombard Street. I rode a cable car. These were all actually pretty fun - I willfully went back to the Wharf. They have sea lions!

A couple of the friends that I'd asked before I headed to the West coast suggested that I poke my head into Musee Mechanique (warning: link has sounds of a terrifying nature auto-playing without volume controls.) This curious destination is a museum dedicated to the penny arcade machines of yesteryear - and some of the proper video game hits that got this whole crazy interactive industry going.

Like any diligent NODJ correspondent, I dutifully chronicled my trip to the museum with my camera, capturing images both nostalgic and horrific.

So, I have to apologize for this, but I actually paid zero attention to anything even remotely related to the history of penny arcade devices, or any of their operation or the like, while at the museum. To be fair, I have a Master's Degree in this shit, and I didn't have to learn anything about them while I was hitting the books. We started at pinball machines and Spacewar. For good reason, too - the total sum of interaction with these devices consists of you putting up a quarter (not a penny - what a gyp!) into the machine and being scared shitless at the animatronic horror in front of you.

I'm sorry for the glare on the picture, but on the other hand, it obfuscates some small portion of what's otherwise a TERRIFYING IMAGE, so I rescind that apology. In fact - you're welcome.

"Interaction" wasn't just reduced to being scared of enormous puppets. Sometimes the device would actually try to respond to your inner soul's deepest wants and needs. This contraption, for example, was a fortune telling device that would print out a slip giving you a convoluted paragraph telling you the arcade equivalent of an astrology reading. Reader Tectonic, who I visited the place with, got his fortune told by this chancey-looking warlock. The slip fell on the ground after it printed out. We should've left it there.

Some of them didn't even try to pretend like they were going to interact with you. Lots of them were just dioramas that would move in some way once you activated them.

Here's another abomination from the deepest crevasses of hell. Seriously, what kind of world did we live in where people thought that this was an approachable representation of a person? Had these people note heard of "The Renaissance"? I'm sure Michelangelo's penny arcade machines would've been far superior, if more scantily clad. 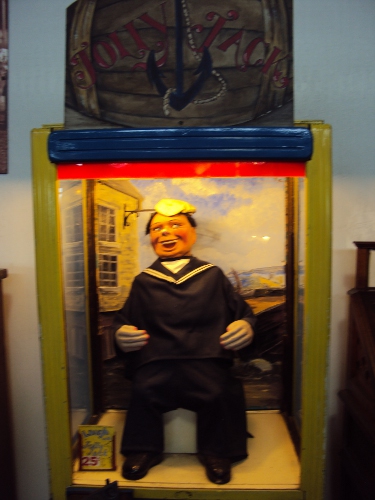 100 years old is sorta impressive, but I'm jaded to the point where I see words like "very rare" and "100 years ago" and my brain automatically goes "CITATION NEEDED."

This diorama was off the chain. What you can't quite make out is that there's a dead Injun in the center of the ground. He is surrounded by a trio of bison. For the price of 25 cents per dollar American, you can watch the bison consult with one another. It's like Law and Order: SVU, only with Buffalo instead of Emmy-winning actors. 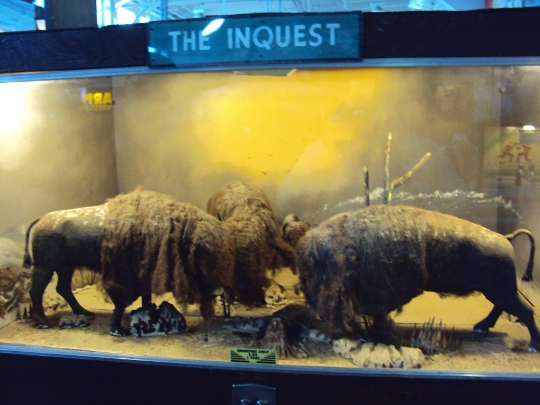 Here's another fortune telling machine. We didn't use it. We just didn't care any more.

YEAH! DEATH RACE! The back of the museum is where it started getting AWESOME. These machines were all hooked up and waiting for players. Get outta here, Jason Statham! Get ready to put it in reverse to dodge some tombstones!

I heart you, Neo-Geo. If King of Fighters or Fatal Fury had been available, I probably would've spent the rest of the day here. Metal Slug's pretty good, though. 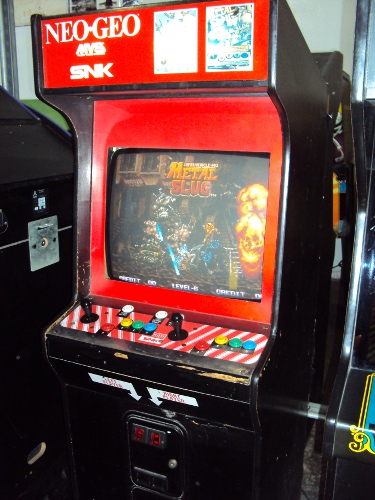 The original! Tectonic blew up the Death Star twice, then offered the controls to me. I ... well, let's just say Chewbacca won't be getting a medal this time around. 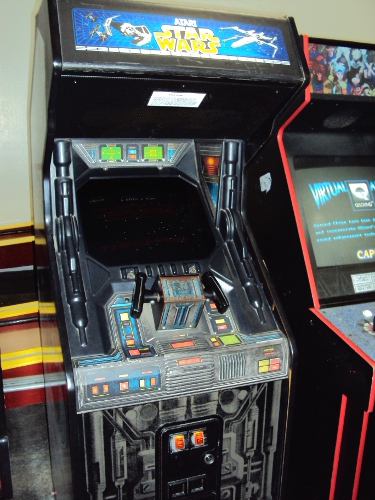 Another classic that forced you to put your face into a machine! I was slightly better at this game. Slightly. 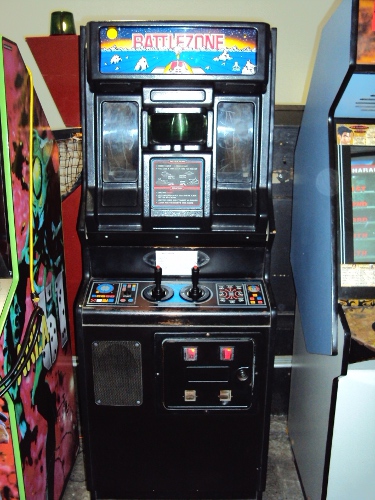 Here are some more classics that I was really happy to see represented, but that I do not have specific comments for. 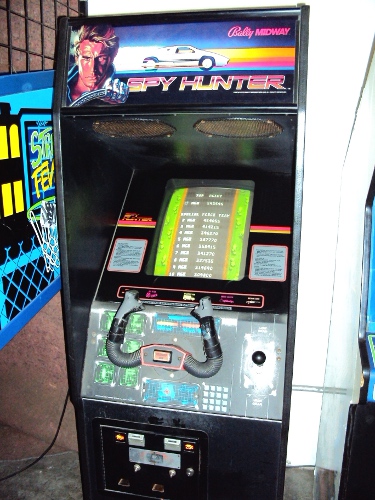 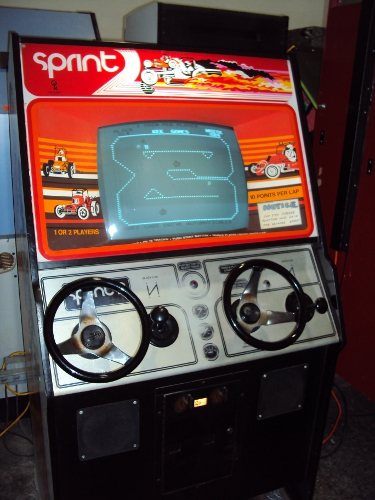 SKEEBALL! The old arcade in my hometown - a Magic Carpet Golf, if that name rings any bells - had a whole row of Skeeball machines, and being great at Skeeball was a point of pride for every member of my family.

I was so pleased to see this one that I took a close-up to text to my dad and my sisters. My little brother gets mad when I text him unimportant information. 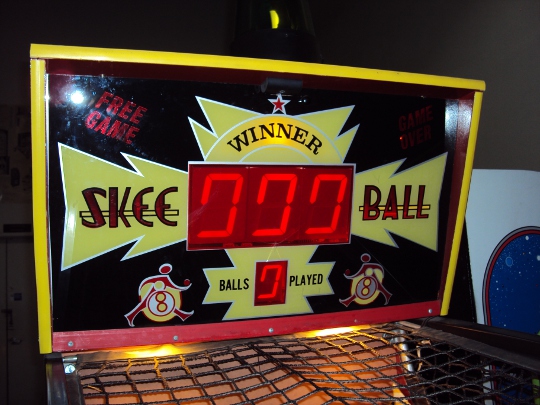 Finally, on our way out, we spotted this primordial beast near the exit.

Considering the museum is completely free and not out of the way to folks already visiting the Wharf, I definitely recommend taking a look next time any of you are in the area. Try and beat my high score on X-Men vs Street Fighter!

Trackback specific URI for this entry

Man, I missed this when I was in San Francisco. Now I have to go back! Very cool.
Comment (1)

What do you enjoy most on our site?
Archives